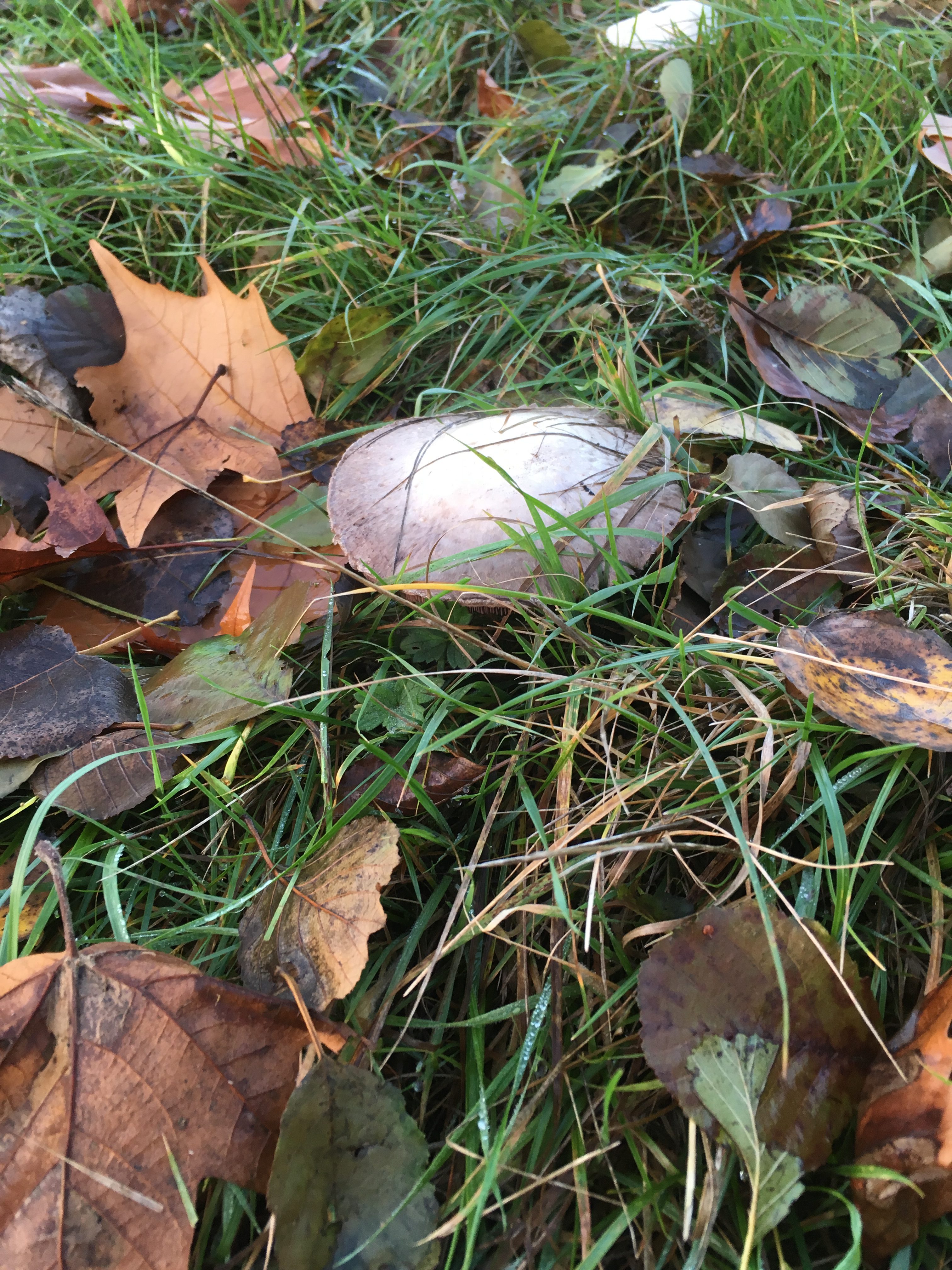 I’ve never been someone who can name plants and trees around me. I love nature and the countryside but I’m not very clued up on what’s what. One day I’d like to plant a vegetable garden and grow my favourite vegetables for eating. It’s on my bucket list as I imagine growing my own food, preparing and cooking it will be extremely satisfying, a big achievement. I’d like to be as self-sufficient as possible; improve my sewing skills, cooking skills and general day-to-day DIY too.

In October I stopped during a dog walk when I noticed the funniest looking mushrooms on the path. I took a picture, so I could look up what they were when I got home. Whenever I see mushrooms I think of the scene in The Lord of the Rings, the Fellowship of the Ring when the hobbits are on their way to the Prancing Pony Inn and they stop on the side of the road to collect the mushrooms. Since noticing this one odd bunch of mushrooms I’ve found myself stopping each time I’ve seen more.

Kiwi is in a large paddock at the moment and around the edge is a wooded area. There are quite a few different types of mushrooms growing in the field and I spot them on my daily muck sweep whilst I scour the ground for droppings. I’m not brave enough to pick any and eat them but maybe one day.

I had no idea how many different types of mushroom there are in this country. And, how similar the poisonous and edible varieties look! I’ve been using the Wild Food UK website to identify the mushroom specimens I’ve found on my walks. 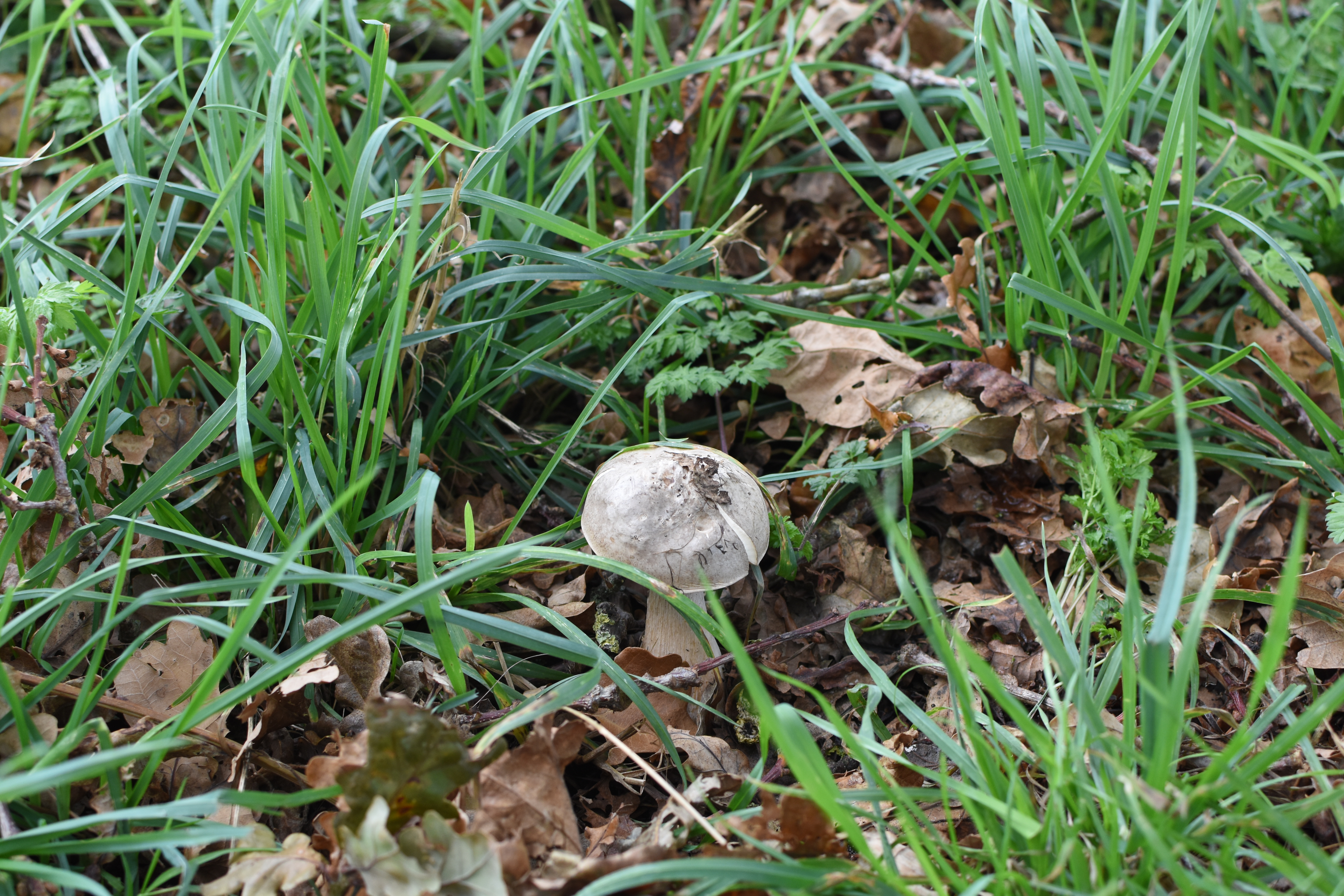 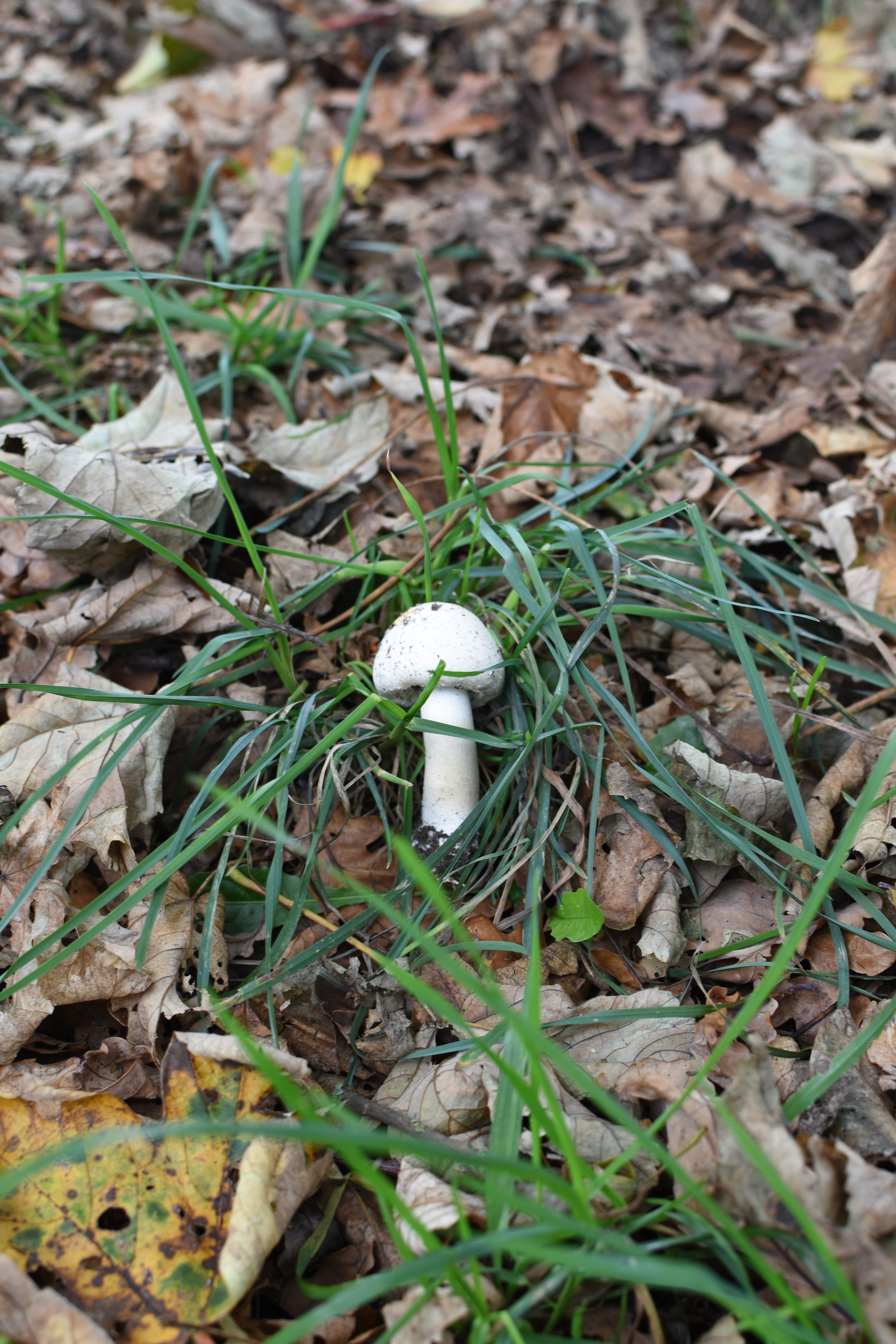 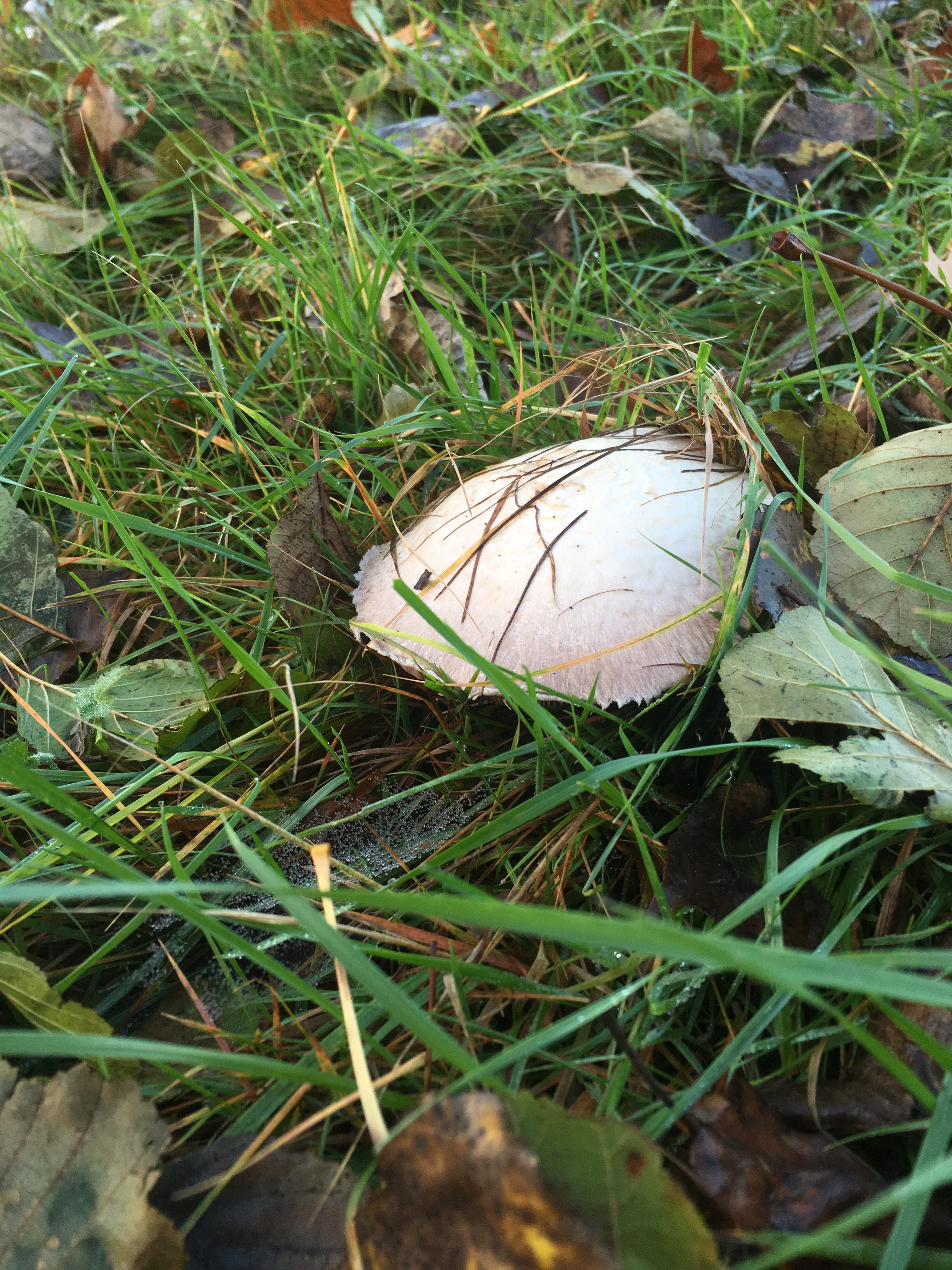 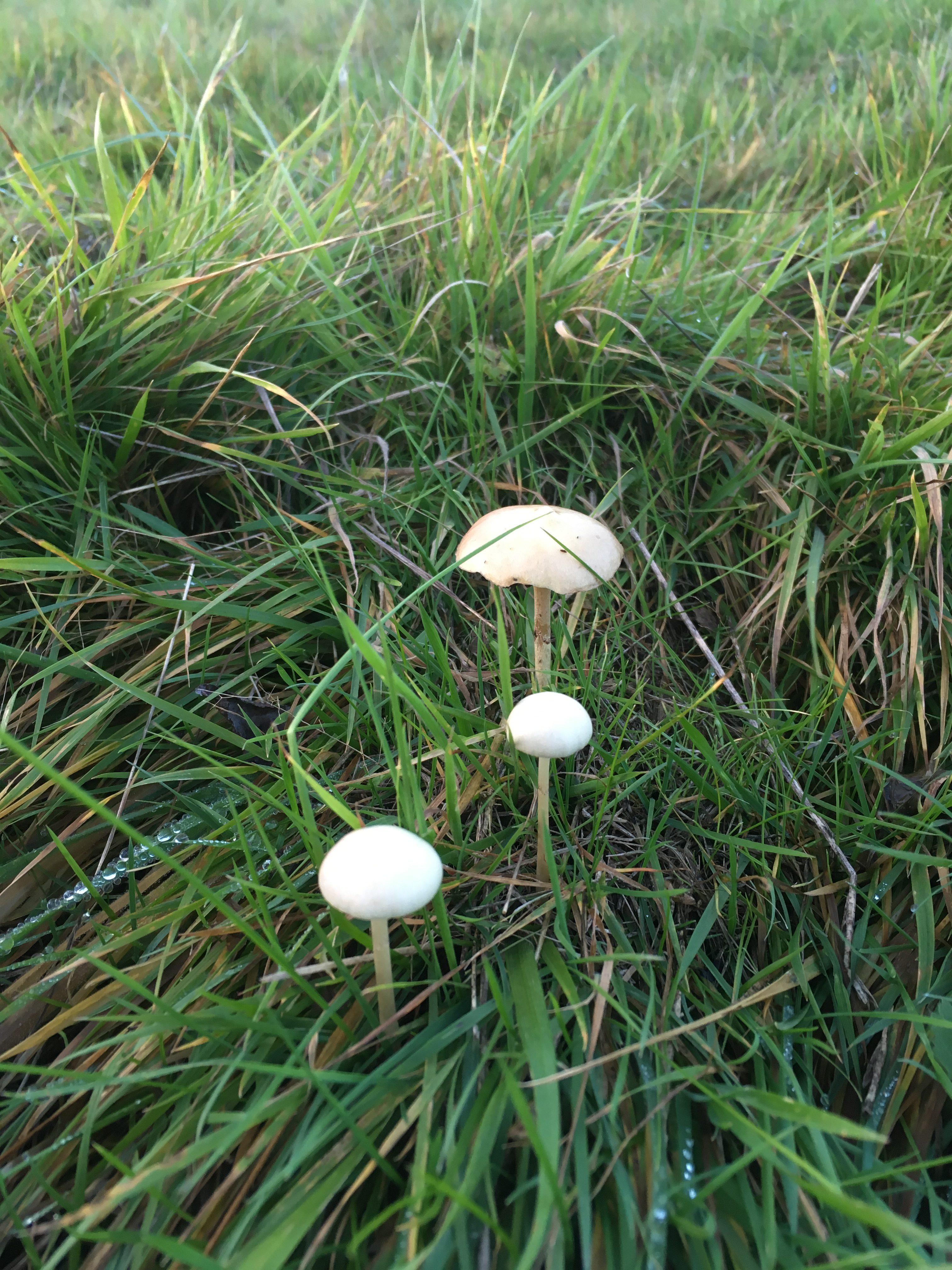